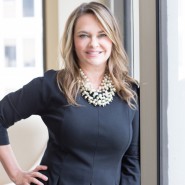 Chastiti is an equity partner whose primary practice areas include healthcare and hospitality defense. Chastiti represents hospitals, physicians, nurses, healthcare staffing agencies, LTC/ALF facilities and dentists in defending against medical malpractice lawsuits. She also represents hotels and restaurants in negligence cases. Chastiti acts as panel counsel for several national leading healthcare companies and also is counsel for several large hospitals and healthcare staffing companies. Currently, she represents one of the largest restaurant and entertainment chains in the United States. Other areas of practice include: premise and products liability, insurance defense claims and employment law. Her practice includes trial, appellate and alternative dispute resolution work. She has been the recipient of a number of awards professionally. Chastiti was featured in Time Magazine’s “Salute to Women in Leadership” (2008) and was awarded the 2012 Harris County Bench Bar Pro Bono Award for an Individual for her work with Child Advocates. She also received the 2001 Harris County Adult Volunteer of the Year award and has been named to the Texas Super Lawyer list by Texas Monthly 2012, 2013, 2014 and 2015, as well as, Texas Rising Star-Super Lawyer 2007 through 2011. She was named “Litigator of the Week” by Texas Lawyer Magazine for a dismissal she obtained for a healthcare client in January 2014. She was also selected as a 2014 Woman on the Move by Texas Executive Women. Further, she provides risk management services to her clients such as documentation and staffing guidance, social media risks and policy and procedure issues and how these areas relate to litigation concerns. She also provides in-depth seminars on deposition preparation and prepares client specific risk management training to her clients. She has spoken on litigation and legal related topics on the local and national levels.

She is a 19 year volunteer with Child Advocates, Inc. wherein she acts as a guardian ad litem to children who have been removed from their home due to abuse or neglect. Chastiti regularly speaks at conferences and trainings regarding child abuse cases. She has been featured in 2 training videos for Child Advocates, Inc. and has been interviewed by an affiliate of Comcast news regarding her work as an advocate for abused children.

Courtney Koch serves as a Vice President of Claims at Berkshire Hathaway Specialty Insurance (BHSI). She is responsible for managing a team of seasoned professionals who handle high severity and complex casualty and healthcare professional liability claims. Courtney joined BHSI in July 2014 as one of the founding members of the healthcare claims team. Prior to joining Berkshire, Courtney served as a Senior Claims Director at ACE American Insurance (Chubb) and a Paralegal at Memorial Sloan-Kettering Cancer Center. Courtney obtained her BA from Fordham University and JD from New York Law School. She is an active board member of the Insurance Industry Charitable Foundation (iicf.org) Northeast Division, and is a regular speaker at seminars and conferences on topics ranging from claims and litigation trends to diversity in the insurance industry. 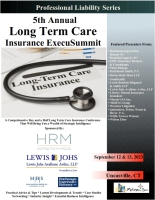 To Request the Complete Agenda for this Summit.
Agenda includes all topics, presenters, hotel, and registration information.